On Tuesday Rockstar Games make the announcement that GTA: San Andreas will be hitting iOS, Android, Windows Mobile, and Amazon’s Kindle during December. For the gamers already enjoying ViceCity and Chinatown Wars on the mobile the new game will make them look like kiddy games. Before being released for the mobile San Andreas received a complete makeover making it the hottest game yet!

November will be ending in a flash so there will be no long waiting time before gamers get to enjoy the GTA game. 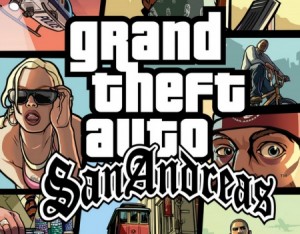 Rockstar has just created the biggest advancement with GTA: San Andreas just for the mobile. There have been no statics released to date on the GTA previous title sales, but it is assumed the titles are selling extremely well in mobile stores.

San Andreas has been redone and will come with new graphics and controls just for the mobile gamers. In fact, this one is the best looking as of yet. Advancing in the game should be a little easier with the new checkpoint system that is in place. Graphics have shadows that are more in depth, draw distances are longer, and a more expansive palette for color. Car models and character are getting upgrades and gamers will experience an awesome performance by the game.

It does not stop there though. From the very beginning there will be complete controller support. There are three driving schemes that vary and some buttons for the game will only show up when the user needs to use them.

The mobile game is completely compatible with some pads that have controllers like:

Both of these pads were made for the platform iOS 7 for the iPhone and the iPod touch.

In 2004 for game was originally released for the PlayStation 2. It no time it was one of the most in demand releases of the franchise.

There will be a lot crammed into the mobile, but considering how far the Smartphone’s have came over the years the gamers have something to look forward to. Mobiles will not have to panic about the storage since the cloud can save everything if the user has an iOS or an Android.

There is no release on the price as of yet, but at https://www.bettermobilecasinos.com they will announce the price upon the release of it.

Supercell is the mobile game maker for Finnish and SoftBank buys a $1.5 billion stake in the game maker

Winner: The Latest Casino App For a Winner Like You!