Finland was not sure just how life would be after Nokia, but it looks like they have nothing to worry about. Some top games have been produced there like Clash of the Clans and Angry Birds. 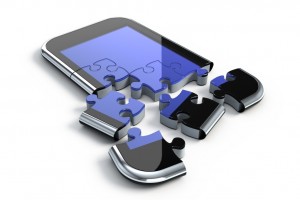 The Nordic country is welcoming mobile gaming which is becoming the new export industry rather quickly. This year alone the revenues will double to a whooping 2 billion Euros or $2.7 billion.

During the Slush conference that is held annually there were around 150 game developers showing global investors their ideas. In just one year the conference tripled in size and the funding was worth around $60 billion from investors.

Mary Finns is hoping game developers and startups will help preserve Finland’s position as a hub for high tech once Nokia completes its sale.

When comparing game developing to Nokia, it seems rather small especially since Nokia experienced annual revenues over 30 billion euro’s at its prime. Nationwide there are 180 companies that employ 2,200 people in the game industry.

There was a survey given out to 300 European game developers inquiring about five years down the road where they thought top games would be developed at. The answers were Britain, Germany and then Finland. Really not bad that Finland came in third considering there are much bigger countries out there.

Supercell is a game developer in Finland causing a lot of buzz when it comes to games. They are responsible for crating Hay Day and Clash of Clans. More then 100 countries got to enjoy the games since the apps were offered on Apple’s iOS.

In 2011 there were only about six people working for Supercell when it first started making games for the tablets. Just last month it was announced 51 percent stake in the company would be sold for $1.5 billion to Japanese investors.

When it comes to developing games success is spelled with how many months the game succeeds instead of by years. In 2009 sometime during December Angry Birds was released by Rovio Entertainment. The game was an overnight sensation. According to Peter Vesterbacka, chief marketing officer of Rovio, the game to date has experienced 2 billion download.

Rovio was established in 2003 in Espoo and is now an international franchise. It employs over 700 workers around the world including: