All across the world the Christmas holiday set new records for downloading Mobile apps. This is according to Flurry an app analytic provider.

During December it was the first 3 weeks that things were heating up. Each day the average app downloads was spiked 91 percent. That is a whole lot of apps being downloaded in just one day. As the market globalizes and matures the spike will be diminishing over some time. 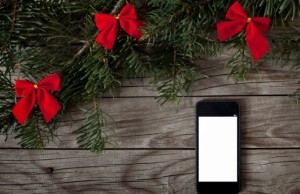 During the holidays more people were giving tablets and smartphones as gifts. This meant that millions of different people around the world were activating their new devices and going over to the app stores and downloading apps that could be enjoyed. When comparing Christmas Day of 2012 to 2013, app downloading had increased a whopping 11 percent.

Not all countries celebrate Christmas, but in countries that are English speaking and in Western Europe, Christmas is a major holiday. This year the amount of people using their mobile devices for coming online has went down. For people that have been using devices for a period of time already have apps that they trust and like. Even though they will still occasionally download a new app it is nothing compared to someone that is getting a device for the first time.

Flurry looked at everything that was downloaded on Christmas Day and found out the social and gaming apps were done at twice the speed. Some other categories that also surged were:

Starting in 2014 and beyond the key for developers being successful is going to come down to working hard for identifying a group of users to target. New apps being created are going to need to draw the consumer in and will have to be something that is going to work well for them. In order to keep the users once the developers have them they will need to go back into the apps and reinvent and refine the mobile experiences. The moment consumers do not see things improving then there is a chance they will go somewhere else to locate what they are looking for. Check back often at https://bettermobilecasinos.com where consumers stay informed of up and coming new items and apps all throughout the week.