Techie innovations are a dime a dozen and more so in the mobile gaming industry.  But let’s not allow our cynicism to get the better of us because there are indeed a lot of new ideas and new things going on in mobile gaming.  If you are an enthusiast, you cannot fail but notice that there are a lot of new things happening out there.  Just take the case of 80 Days which is an inspired experimentation doing interactive fiction rife with thrilling adventure as the protagonist circumnavigate the world in 80 days.  Then there is this awesome word-based puzzle game of Blackbar as it wittingly tries to beat the censors at the Department of Communications.

There are games that use sound in various innovative and fascinating way such as Papa Sangre II which is played using music rather than video, and Dark Echo, an extremely disconcerting stealth game for the iOS that is based on sound and the gamer has to rely entirely on how the sound interacts with the environment to steer through an escape route.

You want to move around a world?

There are games that make you move around in the real world, such as Ingress which is an extremely innovative new application that is played as a reality game using the real world as its backdrop, powered by a smart phone GPS.

In Zombies, Run!, you get to really run in the real world and get your heart racing as you run to escape zombies, rescue other survivors, gather supplies and help defend their bases. Bounden gets you and your partner dancing while Smart-watch games like SpyWatch and Lifeline: Silent Night can be played on your wrist.

Some games like Endgame: Syria and Papers, Please refuse to become just for entertainment as they deal with real-world concerns.  Framed is brilliant in its simplicity where you can change the outcome of the story by re-arranging the panels of a comic book. Prune is another very simple but very beautiful game; with a swipe of a finger, you can shape and grow your tree towards the sunlight while trying to avoid the hazards of a hostile world.

Even games in typical genres such as Twofold Inc., a match three puzzle Capitals a word game, and Midnight Star, a sci-fi shooter game have been given new twists.

What’s so great about these games is that they are extremely innovative but at the same time very impressive.  Even the most unique origination or genre metamorphosis, if not combined with an entertaining and interesting game, will never see the light of day with the game enthusiasts and will thus be rendered inutile.  This is where the developers of these games succeeded; marrying innovation with fun equals hours and hours of enjoyable gaming. 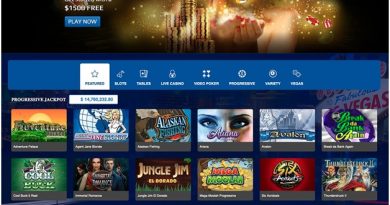 What Is Clear Play Bonus System At All Slots Casino Canada?

Winner: The Latest Casino App For a Winner Like You!