Skills-based versus betting on luck

Simon Slots puts together the old solid memory game Simon and the circling reel of the slot machine.  The player has to keep in mind the symbols and the sounds which light up as the reel stops turning and then touch the symbols on the screen in the proper sequence.  Thus, winning will not depend only of being lucky in the slots, but the players should also have to have some real skills.

This indicates that Blue Crystal Labs’ new offering can be categorized as a game based on skills and may not be regulated in the same manner as games classified under gambling.  Janosov declared in an interview by GamesBeat that Simon Slot is basically a social-casino game using computer-generated goods purchases. You can acquire virtual items using real money, though you cannot redeem your winnings with real money.  Thus, this cannot be considered as a gambling game.

Janosov has not entirely discounted the possibility of converting Simon Slots into a gambling game in the future wherein the player can win actual cash.  By then, the game will be categorized under a different class and be subjected to different regulations.  Generally, games of pure chance, meaning the result is random and does not have to depend on any of the player’s skills, are considered illegal in most states.   Skills-based games, on the other hand, are allowed in almost 41 states.  Thus, if Simon Slots is categorized as a skills-based game, players can use real money for betting in almost all of the states except for three.

The innovative treatment of this game could resolve the problems presented in betting real money and the next generation players.  As Janosov declares, the younger gamers are not converted to real-money players and as they get out of slot machines, the vacuum is not being filled up by new players.

Janosov believes that just pushing spin may seem lethargic and no longer challenging to most of these new gamers.  The land-based casinos earn a lot from slot machines, but it has lost its appeal to new players.  The coming in of this innovation could very well entice new players without disaffecting anyone whatsoever. Simon Slots is being launched and tested in a number of areas.  The game runs with an extensive base of Windows, iOS and Android gadgets.

Applications that are changing the landscape of mobile gaming 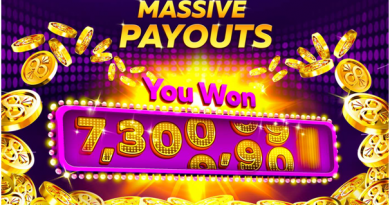