The UK is jumping in and playing mobile games more then ever, with 20 million gamers actively playing monthly, and 6.2 million gamers that play every day on their Smartphone’s according to comScore.

Photo messaging is as popular as playing mobile gaming, and only just behind those are searches for news and weather with a whooping 21 million people searching each and there is another 22 million people going on the social networks.

comScore has been gathering data on gamers for a long time and since 2011 the company says the gamer numbers have since doubled. They also mention it does not really matter what sex the person is since they are running real close to one another. Female gamers rule with 52% and the males are on their heels with 48% being gamers.

Things to be considered

One thing to keep in mind is gaming is being done everywhere. British mobile gamers playing at home while in the living room is a whooping 64%, 45% of the players enjoy being in their bedroom, while in the bathroom using the toilet is 23%, 33% of commuters play, and while at work another 27% of people are gaming.

Since Google and Apple launched their app stores gaming has grown in leaps and bounds. Another reason for the sudden growth in gamers is because of free games like

When this article was written, in the UK freemium games came in holding 18 of the top grossing game spots on the Apple App Store, while on the Google Play store for Android freemium snatches 19 spots when it comes to lucrative games.

Downloading free games in the UK is serious business and when it comes to the Android 58% of 6.8 million people downloading is done on this device, iPhone has 40%, Windows Phones slides in with 5%, BlackBerry sneaks in with 3%, and all other platforms claim 4%.

In the long run it only makes sense that freemium apps are taking over. These apps give players options of purchasing items to be used inside the games and 2.2 million people are taking advantage of making the purchases.

Even though freemium is a big deal there are still 9.2 million people that will pay for a game in order to play it. Read more at https://www.bettermobilecasinos.com 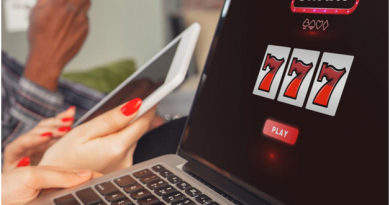 Welcoming the Halloween: Festive Casino Slots with Spooky Machines on the Loose