There are so many new games coming up at app stores to play and win with your mobile. But few games really catch the eye and are just simply wonderful. In 2020 many gaming developers are launching their new games as an app or releasing their previous games that worked on console or PC into an app. Here are the five outstanding games to play on your mobile in 2020 which we thought to share with you.

Slay the Spire is an awesome game developed by MegaCrit. Right now this game is available to play at Steam to play and will soon be available as an app for mobile.  The spire generates differently each time you embark, and you can build your deck to your liking so the game is more re-playable.  Turn-based mechanics make the gameplay feasible for your goofy thumbs, and card games are ever popular. As a result, this will definitely be one to look for this year.

Some of the features of the game are

Teamfight Tactics is an awesome game from RIOT It is an auto battler game which was initially released as a game mode for League of Legends for Microsoft Windows and macOS in June 2019, and at the time of writing was scheduled to be released for Android and iOS in March 2020.

Based on Dota Auto Chess, a mod for Dota 2, the game centers around eight players who construct teams to fight one another and be the last player standing. The battlefield consists of hexagons, where players can strategically place champions on the hexagons on their side of the game board between rounds. Each round, a short battle automatically commences, with two players matched randomly for that round, or else paired against computer-controlled enemies. The number of champions the winner has remaining determines how much health the loser has deducted.

Through a feature called the “Shared Draft”, every few rounds players have access to a free rotation of champions to select from. During these shared rounds, the two players with the lowest health are able to choose their champions first, followed by the next two players with the lowest health, and so on. This allows players who are behind to have a better chance at recovering from a losing game.

Players accumulate gold during rounds and can save it to build interest, which further increases their income per round. With this gold, they can either reroll the five champions offered to them in their shop or purchase experience points to increase their level. The higher a player’s level, the more champions they can place on the board, which can also be augmented by certain items, and the higher the average rarity of champions in the shop. Champions also possess origins and classes, and the more champions a player has on the board that share these traits, the more bonuses they get from their respective trees.

Jump in, pick some champions, try to figure out synergy, get stomped, repeat. The style lends itself to mobile as well, as the time commitment is fairly low, so if you have a spare 20 minutes you can jump into a match. Though, admittedly the particularly close matches can last quite a while. RIOT posted in a recent dev video to expect TFT for mobile this March.

Seven Deadly Sins: Grand Cross by Netmarble app is available at Google Play and is soon to arrive at iTunes for iPhone users.  Seven Deadly Sins: Grand Cross released in 2019 in Japan and Korea, and has been insanely popular.  It is an RPG with TCG elements based on the beloved anime based on the beloved manga of the same name.

The combat looks fun and crisp, with cards dictating which abilities can be used. The in-combat animation is gorgeous, but I do hope there is an option to turn the animations off if you tire of watching them. There are tavern mini-games where you can equip your party outfits, and cook food for combat buffs. Above all, you can grab a pint of Vanya Ale! You get some fun character boosts if you do, so get on it.

Runescape was many people’s first foray into the world of free to play MMOs, and some have not looked back since. Whether you play old school or new, fans of the series are sure to be excited about the mobile port available on Google Play now and iOS later in months to come. It will be cross-platform, and also offers an exclusive Mobile Founder’s Pack to early access players. A shiny new Radiant Dawn Armour, Steel Panther Combat Pet, and a unique mobile-themed rest animation can be yours!

Super Meat Boy Forever by Team Meat is available at Steam and soon to come in an app form at app stores. Meat Boy and Bandage Girl must chase Dr. Fetus and rescue their child, Nugget. There are two buttons for controls, with the levels designed to compliment said buttons. Levels are created randomly and increase in difficulty upon completion.

Super Meat Boy Forever expands on Super Meat Boys challenging gameplay, as well as the main villain Dr. Fetus. Meat Boy and Bandage Girl’s child Nugget has been kidnapped by Dr. Fetus and the couple must work together to rescue her. Both characters can kick and punch enemies and must avoid deadly obstacles to save Nugget. The control scheme uses two buttons. Levels are randomly generated based on the player’s skill level using premade “chunks” created by the designers.

Team Meat has apologized for misjudging the size of the project in the past and has consequently slated a 2020 release date. Originally announced as a mobile-only game, it will now be available on consoles and in the Epic Games Store as well.

Now enjoy these awesome mobile games which are now in the app form to download on your mobile and enjoy whenever you want. 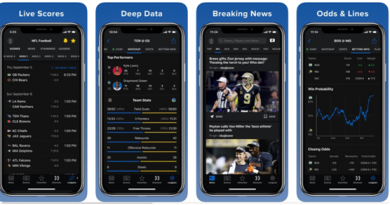 Which sports betting app is most popular in Canada?